Let’s examine some of the current advice about colds.

1. Wash hands and everything in sight—frequently.  I am sure this myth will die hard because we literally have been turned into germophobes by well-meaning health advisers.  The best thing about this one is that you can’t go wrong, unless you suffer from chapped hands or get reprimanded for hogging the soap and facilities. But the fact is that this is not a necessary ritual for avoiding colds. 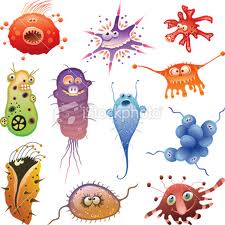 2.  Take medicine—antihistamines, decongestants, non-steroidal anti-inflammatory drugs, and then the inevitable antibiotics if nothing else works.  But too many medications cause liver damage and can make us feel worse, not better.  To my knowledge, none of them have ever cured a cold.  The side effects of antihistamines include dry mouth, nausea, drowsiness, difficult urination and even blurred vision.  The adverse effects of NSAIDs can include gastrointestinal problems. Antibiotics are creating super bugs, not to mention killing off the beneficial bacteria that support 70% or more of our immune system. We would be better served by concentrating on probiotics and fermented vegetables.

3. Vitamins cannot prevent colds. This is certainly true if you follow the government guidelines of  90 mg of vitamin C per day for a grown man. The average 150 pound animal which makes its own vitamin C, however, produces an average of 4,000 mg per day when well–and many times more than that if needed.  Vitamin D3 presents a similar scenario, with small amounts being recommended by authorities.  But taking 5,000 IU per day (one small softgel) can boost our immunity substantially.  Getting adequate sunshine exposure is an alternative which should be considered, because almost everything we were taught about vitamin D in the past has been proven wrong. Vitamin D3 is now recognized as being the most common deficiency worldwide. See my Resources page for more information.

4. Treat colds with various hot drinks like a hot toddy, tea with lemon and honey, lemon juice with honey and cayenne, chicken broth, bone broth, etc.  There are many healthy choices, some of which may be soothing or even boost immunity, but you won’t need any of these to stop a sore throat or congestion if you prevent them from developing in the first place. The same applies to breathing steam with a towel over your head or taking a hot shower just to breathe the vapor.

5. There is no cure for the common cold.  This one is a little tricky, because it is true. But on the other hand, no cure is needed!

This is an excerpt from my book, “How to Stop Colds, Allergies & More.”

In 2003 I was introduced to the Soil Food Web at a native plant conference. For most of my life, gardening organically just meant using compost and mulch, and avoiding poisons and chemicals. But here on a big screen was the whole story of what is going on beneath our feet—how a teaspoon of healthy soil is full of millions of microbes, including bacteria, fungi, and other critters that have a synergistic relationship with the plants and provide nutrients in exchange for the sugars that plants make through photosynthesis. Everything eats something else, not all nematodes are bad, microbes also live inside the plants, and so forth.

We have always been told that plants don’t know the difference between natural or synthetic fertilizers, as if that somehow justifies the lifeless soils across our country. For more information about real soil, see the Soil Biology Primer, available through the online store of the Soil and Water Conservation Service.

Well, guess what, folks? The same applies to us! Only about 10% of the cells in our body are of human origin. The rest are bacteria, fungi, and who knows what else. While they represent far less than 90% of our weight, the roles they play in our existence are still being discovered and may never be fully understood. I know this might be shocking, if you have not heard it before–but just ask any microbiologist.

The next question is, what have we been doing to the fungus among us, not to mention the bacteria? Well, let’s see. Antibiotics kill bacteria, not all bacteria are bad, and the details of our synergistic existence are still being discovered.

For example, H. pylori was linked with stomach ulcers; so it has been widely eradicated with antibiotics. Now we are learning that it also has beneficial uses, like assisting hormones in the stomach that tell us when we are full. Could that be a little clue to some of our obesity problems? It also is believed to have a role in preventing esophageal cancer, asthma, and other conditions.  H. pylori is just one of many hundreds of species of bacteria that live in our gastrointestinal tract, most of which have not yet been identified, not to mention the numerous microbes that occupy other parts of our bodies.

In studying the soil food web, I learned that trees and perennials like fungi-dominated soils, while vegetables, annuals, and grasses prefer more bacteria. What do antibiotics do for the balance of fungi and bacteria in our bodies? I just know that antibiotics can have a negative effect on our digestion and are not appropriate for most chronic sinus infections, as mentioned above.

According to several health newsletters which I have received recently, our metabolic pathways are a series of chemical reactions our bodies perform to stay alive. Since the role that microbes play in our metabolic pathways is still unfolding, we really don’t know how many species of microbes may be critical to our existence. We can expect to hear a lot more about new discoveries regarding invisible friends and foes.

We have become almost obsessed with sterilizing our floors, hands, and even babies. Now we are learning that some of the healthiest children have been inoculated through mother’s milk, gradual introduction to grass and soil, etc. It is time to realize that not all bacteria are bad, and some are even beneficial. Antibacterial products are not the answer for everything.

Part 2 will include comments on an article by Dr. Joseph Mercola about fermenting your own vegetables and Part 3 will contain my recipe for the above photo.

I would like to hear your comments about fermenting vegetables.